They say it’s not what you know…but who you know, and this was certainly the case when Hugh McGinlay recommended The Thin White Ukes come to Jimmy Hornet China to perform.

The Trio were keen to spread their wings and perform beyond their homeland of Australia. They were able to arrange performances in Hong Kong before traveling by ferry over to Zhongshan on the mainland.

Three of the nicest people you’ll ever meet. There is an interesting dynamic between the three musicians, both on and off stage, which makes their show all the more entertaining. Super excited to be in China, they absorbed as much Chinese culture (and food) as they had time for. 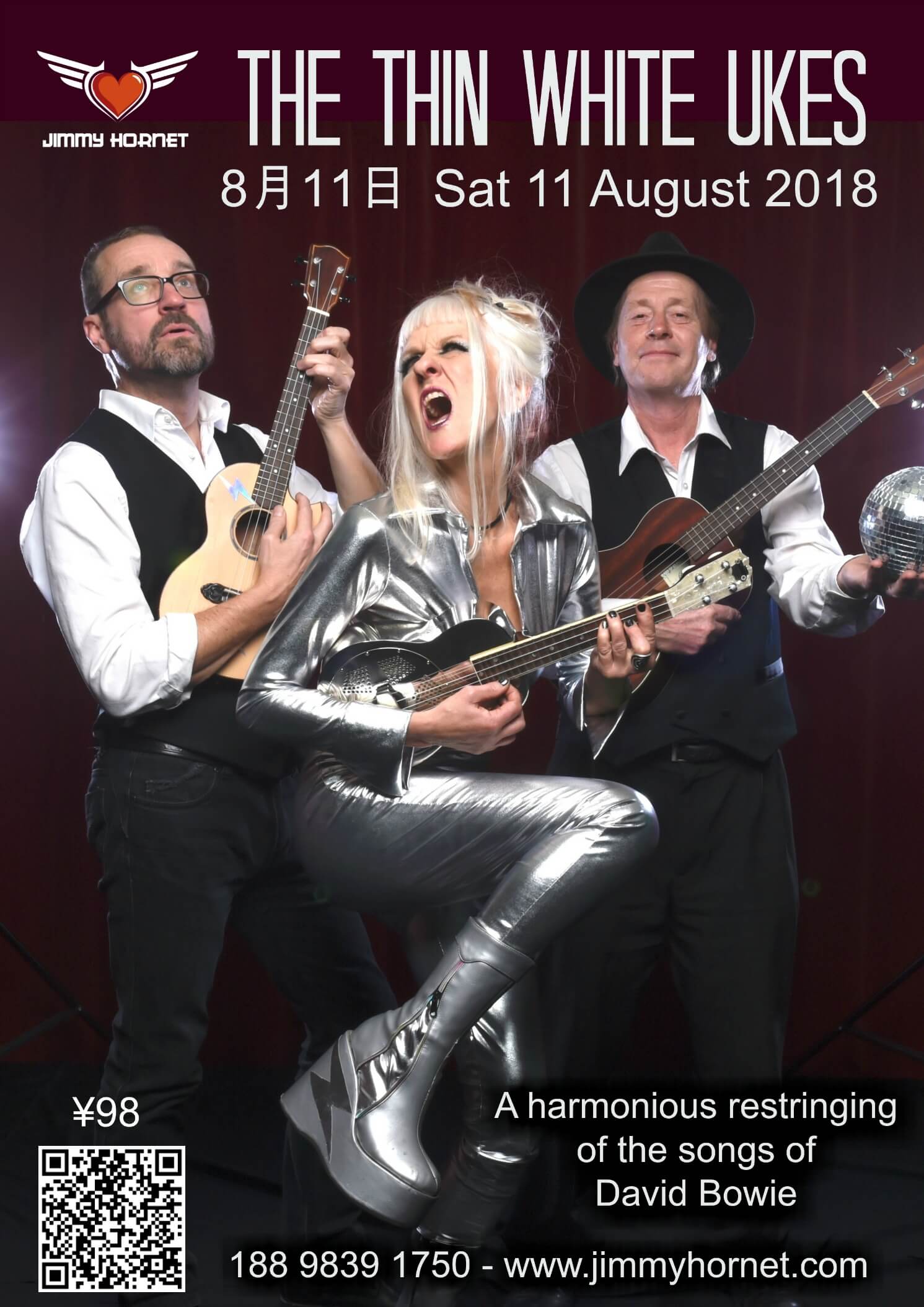 The Thin White Ukes have been performing the songs of David Bowie with small strings and big harmonies in their hometown of Melbourne and beyond since 2014.

Spanning six decades from Space Oddity to Blackstar, their lovingly handcrafted arrangements of the Thin White Duke’s mercurial songbook have teased the neck hairs of spellbound audiences from the Brisbane Powerhouse to Byron Bay; the Adelaide Fringe Spiegeltent to the Port Fairy Folk Festival.

Put on your red shoes. They’ll be floating in a most peculiar way.

The Thin White Ukes performed at Jimmy Hornet on 11 August 2018. 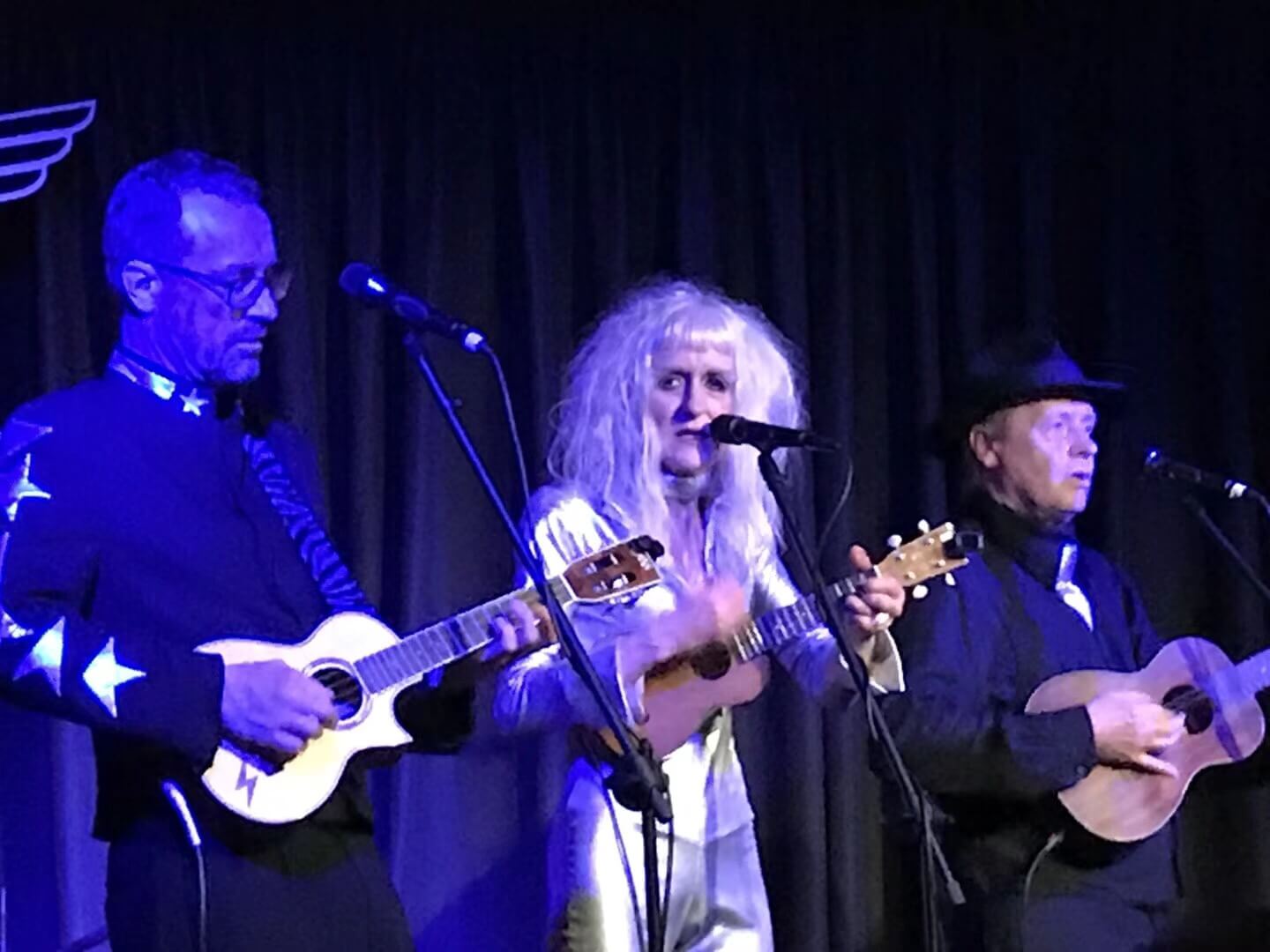 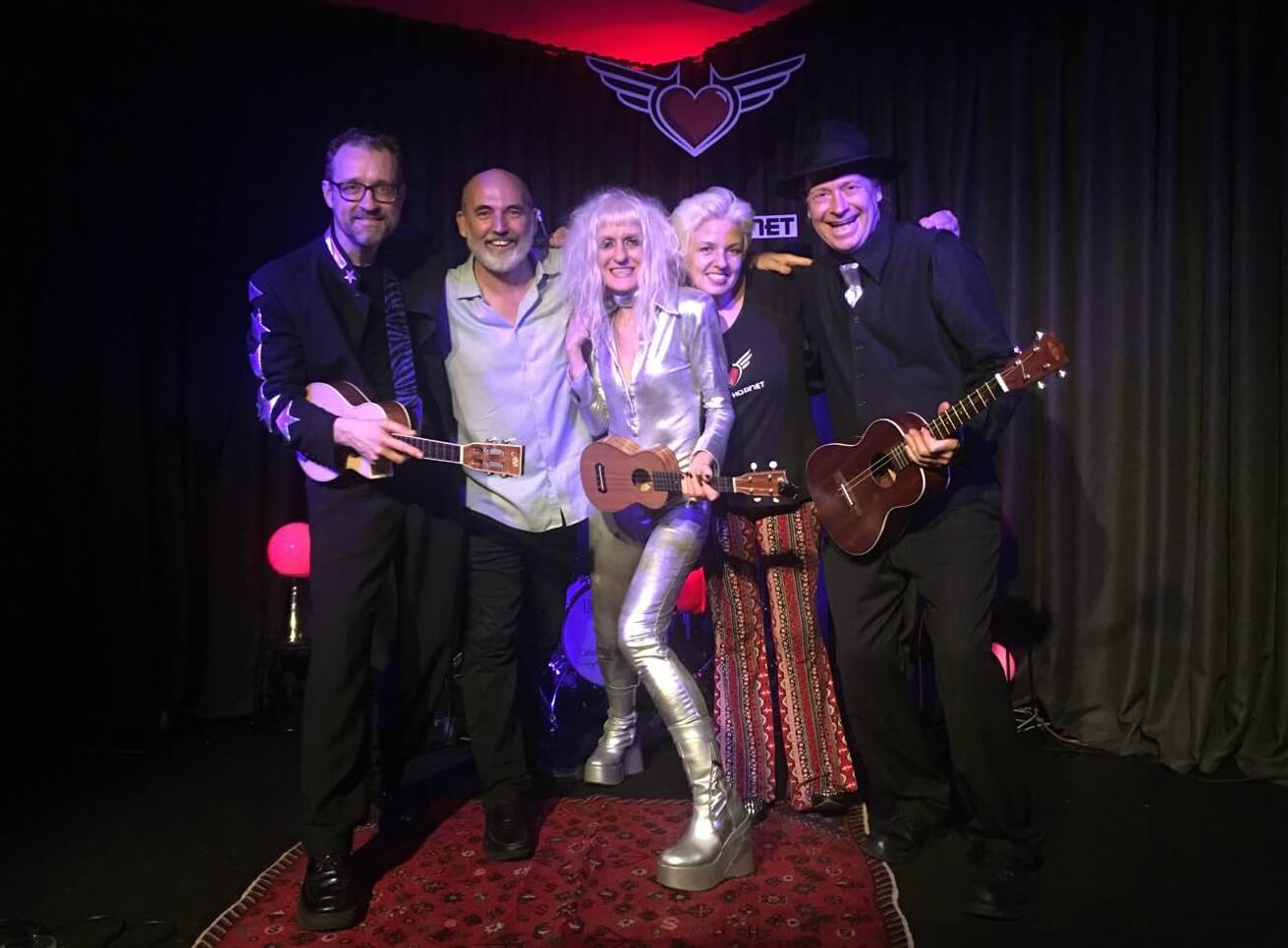 The Thin White Ukes with Anthea Palmer and Graham Rowlands