Hugh was born in the UK in 1980 but came to Australia before he could walk and was in Melbourne before he could talk. After a pleasant childhood he was on the road to becoming a journalist when he realised that every day he just wanted to play guitar. Making up stories and songwriting had always comes easily to him so age 17 he decided to be a musician and writer.​

At the time his greatest dream was to play in a café and have a girl smile at him (lofty I know, but what did you want at 17?)

​Gigging steadily with High School bands and solo shows he cut his teeth on the Melbourne folk circuit. In 2000 he was recruited in Blues Band Howlin’ Time, which has at one time or other been fronted by Geoff Achison, Ash Grunwald, Geoff Payne and Justin Connor. Having left this band he started alt-blues band The Pelicans.

The Pelicans spent the next 3 years playing in Melbourne and along the east coast. Their last show was in 2004.

All this time Hugh was going through the age old process of writing books and having them rejected by publishers (don’t feel bad, it works out in the end).

Musically Hugh focused on solo work. Having released his first EP Rome wasn’t built anyway he had been gigging steadily, developing his style of lyrical storytelling. He spent 2004 and 2005 recording his debut album Second Guess released on his own record label – Red End Records. The album was favourably reviewed and received radio play in Australia and abroad.

To diversify, Hugh began a musical project with his wife Louise Kent, a jazz infused duo called Desperately Not Yoko. Louise’s vocal made the group instantly successful and they were soon joined by Ryan Vermuelan and Phil Cadman on Drums and Keys respectively. DNY release a self titled EP in 2007 and received airplay in Europe, America and Australia.

Hugh Toured Europe in 2007 and 2008, playing the Wychwood festival in Cheltenham and the Garden Festival in Jersey. In 2008 he began recording his sophomore album Elsewhere, a stripped-back album of poetic lyrics and acoustic guitar. Following a year of touring solo, he yearned for a fuller sound and greater access to knock-knock jokes while on tour, so he began the Hugh McGinlay and the Recessive Genes in its current incarnation (Phil and Ryan from DNY along with longtime co-conspirator Adam Chiodo). They began recording Hugh’s Third Album Bliss in July 2012. Bliss was released in 2015 and is Hugh’s most successful recording to date with international airplay and rave reviews.

Hugh offbeat fiction is also beginning to build a cult audience. Success first coming as a finalist in the Griffith’s Review for his novella Mosquito. After securing a publishing contract with Threekookaburras Publishing house in 2014, his first novel Jinx was published in in 2015 to critical and commercial acclaim. Jinx introduced planet earth to Catherine Kint, a hard drinking milliner who solves crimes in her spare time. The second Catherine Kint novel Pachyderm was released in July 2017 to rave reviews. His short story ‘The Garden’ (2013) is published right here in the ‘stories’ section (yeah, just one now, but more later).

Hugh McGinlay and the Recessive Gene’s new single I’ll be fine will be released in October 2017 with shows to celebrate in New Zealand and Australia.

Hugh lives in Melbourne with Louise, their two children, a cat, a dog and five chickens. 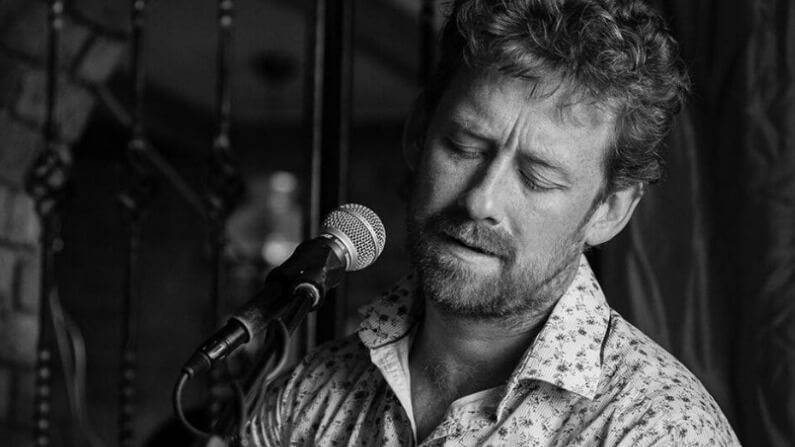 Save Our Venue with One Subscription