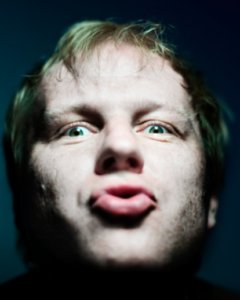 Formula – playing live in Zhongshan on Saturday 22 October.  This is a Dinner and Show Event with limited seats!

Grzegorz Karnas. Born in Upper Silesia, Poland, to a family devoid of musical traditions. Finished one year of classical guitar at the secondary music school. A graduate of the Jazz Institute of the Academy of Music in Katowice considered the most prestigious in Poland and many neighboring countries.

Karnas has always worked with top-line young artists of Poland’s jazz scene as well as its legends. In 1998, he was awarded the first prize at the oldest and most prestigious Poland’s International Jazz Vocalists competition. The following year, his debut album “Reinkarnasja” was released and put Karnas on the road touring in Poland and Slovakia.

Summer of 2004 saw the premiere of Grzegorz Karnas’ self-produced solo project “Sny-Dreams of a Ninth Floor” promotion of which took place with a series of club and festival concerts in Poland, Slovakia, Czech Republic, Germany, Romania.

A new album “Ballads for the End of the World” was released in April 2006. Concerts promoting both projects continued in 2007 in Belgium, France, Germany, and other European countries.

In 2006 Karnas was awarded first prize at Young Jazz Singers Competition in Belgium. In August 2007 he was a winner of international CREST JAZZ VOCAL competition in France.

In the meantime, he organized his own international festival in his city of residence-Żory called Voicingers which focuses on the promotion of young jazz singers from all around the world.

In 2009 Grzegorz Karnas quintet was one of Poland’s official representatives to one of the world’s most prestigious jazz events – London Jazz Festival. Festival concerts around Europe and in the Caucasus followed.

In 2010 Karnas was offered by a Slovak label “Hevhetia” a contract for release and international promotion of his new album called KARNAS. In 2011 he signed another contract. This time with a Hungarian label BMC Records which released  Karnas’s live album called “Audio Beads”.