Victor Stranges grew up in a city in industrial Melbourne (Australia). As a teenager in the late 1980s, he played in underground punk group, Drunk ‘n’ Disorderly. This Clash/Stiff Little Fingers infused experience was a common one for Melbourne bands at the time; loud music, beer, violence and, er…more beer. Billed with other acts at the time including Weddings Parties Anything, The Johnnys, Celibate Rifles and Bastard Squad, the band gained a reputation for drawing a loyal and enthusiastic following.

The punk movement was the catalyst for an interesting musical direction and drawing from such great writers as Strummer/Jones, Elvis Costello and Ray Davies, Stranges embarked on a journey of thumbing through their songbooks. He played in several Australian groups including Caravan and more recently, Victor Stranges & The Methinks. One of the line ups included Men At Work bassist, John Rees, who departed before Victor’s brother, Michael, was recruited.

Michael Stranges brought a Paul McCartney sensibility to the band’s sound which propelled the group into new areas of fine pop. Victor Stranges & The Methinks debut album, “Heading Back To You” (2002), featured Darren Aquilina on drums (Dada, Klown) and David Milne (Red Ant, Ice Cream Hands/Charles Jenkins & The Zhivagos) on piano/organ/keys. Michael later went on to play in The Morning After Girls and Ripe. In recent years he has written, recorded and produced material with legendary Australian musician and songwriter, Kim Salmon.

After a hiatus of building a new recording studio and working as producer and musician on other people’s recordings, Victor’s album, “Hello Me To You” was recorded, engineered and produced at his home studio in Melbourne, Australia. It was subsequently released in September 2009.

The first single (Hello Me To You) from the album was launched to radio in Australia on September 4th 2009. Nearly 100 stations nationally added the song including the Home Brew Network covering 60 stations alone. The single was released to Australian commercial radio in early March 2010 and was released in July 2010 to United States and European radio.

The single gained traction from various industry types including Charles Foskett (producer for Sir Paul McCartney, Ringo Starr, Richard Thompson, Elvis Costello) and Edwyn Collins, who are both fans of the track. In addition, “Hello Me To You” was named as one of the Best Albums of 2009 by Pop Underground. A distribution deal in March 2010 with Bruce Brodeen’s Not Lame Recordings ensured the album received exposure to the worldwide powerpop community.

In 2009, Stranges met DC Cardwell; a songwriter and recording artist in his own right. They discovered a shared affinity for Nick Lowe, Jonathan Richman and Ray Davies. Traditional jams and mutual appreciation sessions ensued and they began playing shows together, backing each other up on stage. Their genuine desire to combine story telling through the pop song format has sustained their interest in the Melbourne music scene as occasional performers together. They both appeared with a group of international artists on the compilation, “When The Morning Comes: Music For Libya,” with the purpose of raising funds for humanitarian work in war torn Libya.

In January 2019 Victor launched “Everyday I Write The Hook – Victor Stranges Plays The Elvis Costello Songbook.” The solo show launched at The Spotted Mallard in Melbourne and the new shows have recently incorporated pianist Mike Dupp. 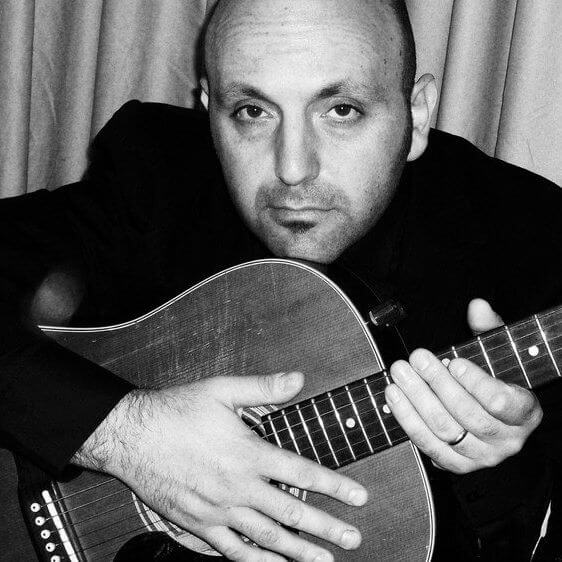