The Bloomvilles are Melinda Jackson and Joseph Calderazzo who will be making a return visit with a special acoustic performance at Jimmy Hornet in Richmond, Victoria on Thursday 7th July with special guest Mr Alford at 8.00 pm.

With five singles receiving regular airplay on many stations around Australia, including high rotation on ABC Country (Real This Time f/ Jack Jones), three top-five hits on 2TM (Crosslands, Words You Say & Real This Time), two top ten singles on Australian Country Radio (Rain and the River & Sun Goes Down), The Bloomvilles released their debut album in August 2021, which reached #8 on the AIR charts, #13 on the ARIA country charts and #4 on the iTunes country charts.

Melinda is a singer/songwriter and is currently a member of the James Reyne band. Her first commercial success was with “Everywhere” a collaboration with Moustache that reached #1 on the ARIA charts and also charted internationally. Melinda then went on to front the Australian band the Rogue Traders. In more recent times she has also recorded a duet with Daryl Braithwaite for his album “Days Go By” and performed backing vocals for artists such as The Whitlams and Boy George.

As an active professional musician Joseph has collaborated with many notable artists including Matt Finish, Jeff Duff, and ARIA award-winning singer and songwriter Jenny Morris, with whom he spent eight years as her regular guitar player.

The songs of Mr Alford have been recorded by many acts around the world and he has a long list of performance and recording credits, being privileged enough to have played with some of the world’s most talented musicians. Mr. Alford, a country songwriter from Melbourne, covers many themes and aspects of country music from traditional to modern bluegrass. At this stage, he has 5 released albums with a new one on the way.

Mr. Alford has toured Australia extensively to the USA, Europe, and Asia even recording with members of the Malaysian Symphony Orchestra. The latest single “Love Her So” is the first release from the upcoming album “The Greatest Show on Earth” featuring James Black, Ed Bates, Peter Somerville, Andy McClean, and many more of Australia’s best musicians.

Mr. Alford’s show is a thoroughly entertaining evening with something for everyone.

The kitchen is open from 7 pm until late.

Booking a ticket reserves a comfy seat in the Lounge, or stool at the bar, from 7:30 pm to closing Tuesday to Saturday, and 5 pm to closing on Sundays.

Groups are seated together if tickets are booked together (same ticket purchaser name). Please note that we are good, but we’re not mind-readers, and won’t know to group you if different names are used to purchase tickets.

Please email any queries on ticketing or seating to info@jimmyhornet.com 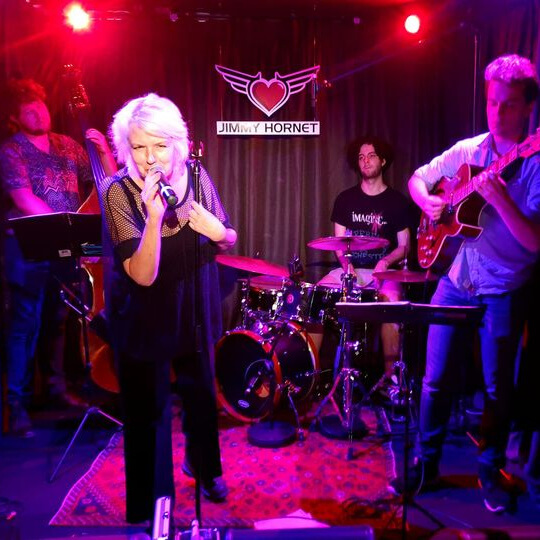