Geoff Achison Live in the Lounge

Geoff Achison is a blues-roots artist from Australia best known for his guitar playing and songwriting.  Geoff began his apprenticeship with legendary Australian bluesman ‘Dutch’ Tilders establishing himself as a fine lead guitarist before striking out with his own. He released his debut album in the early 90s and began touring throughout the USA, UK & Europe.  Geoff’s music has been compared favourably to major artists such as Eric Clapton, JJ Cale and the Allman Brothers Band having a solid foundation in the blues whilst embracing a variety of music styles. He has won awards for his guitar playing, songwriting and live performances and was honoured in 2011 as official Patron Of the Melbourne Blues Appreciation Society.

Booking a ticket reserves a comfy seat in the Lounge, or stool at the bar, from 7:30 pm to closing Tuesday to Saturday, and 5 pm to closing on Sundays.

Groups are seated together if tickets are booked together (same ticket purchaser name). Please note that we are good, but we’re not mind-readers, and won’t know to group you if different names are used to purchase tickets.

Please email any queries on ticketing or seating to info@jimmyhornet.com 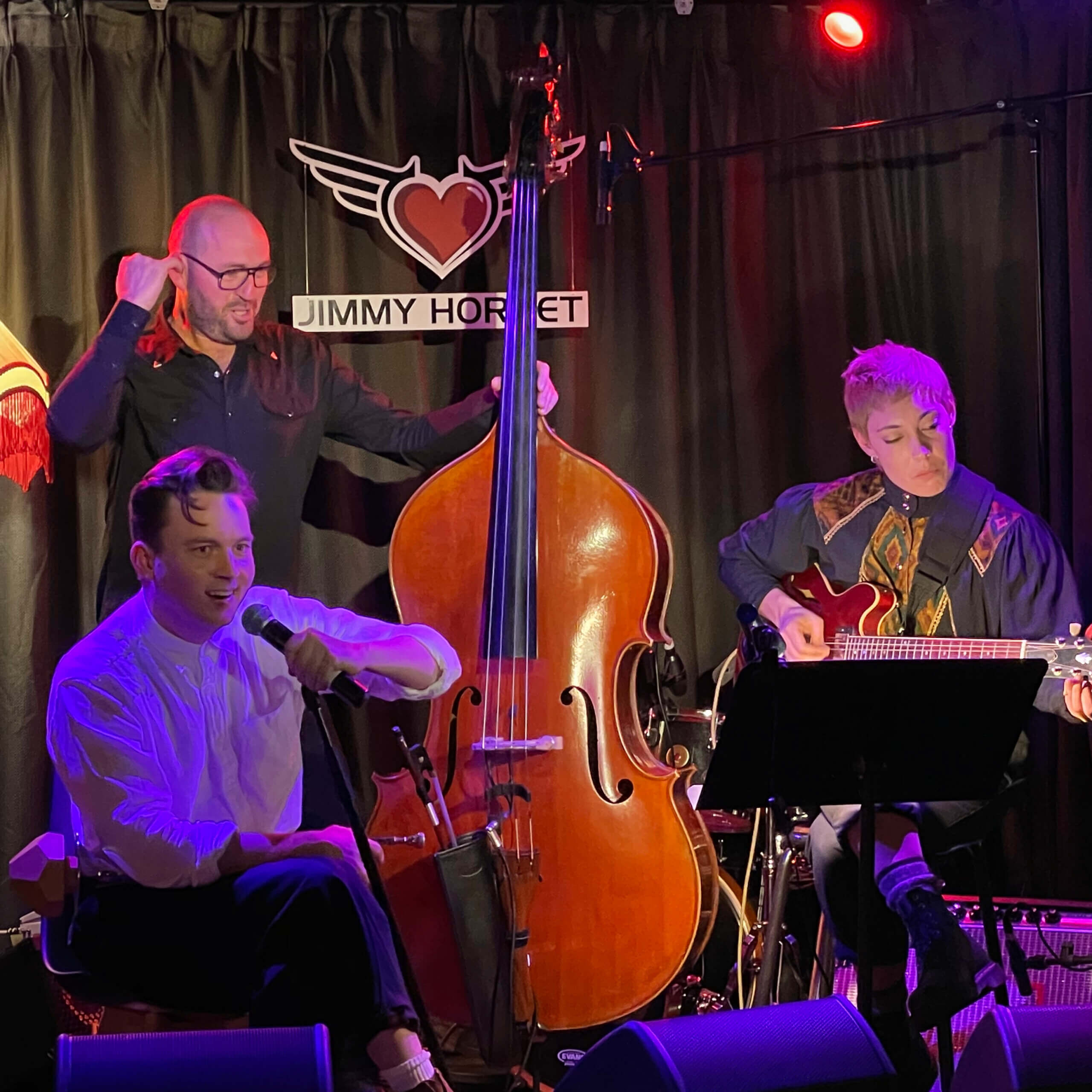