PLEASE NOTE: We are re-reopening on 2 June 2020 with a delicious Mini Menu. Our Full Menu will be back as soon as feasible, given COVID-19 restrictions.

Chef Jess Barnes is recognized locally and globally for his creative and refreshing approach to food, restaurant culture, and the F&B industry.

Jess started in the industry as a Butcher in South Australia before a change of career to cooking. He spent his formative years under the tutelage of Guy Grossi & Chris Rodriguez at Grossi Florentino. Jess also did a stint in Tokyo at Salt by Luke Mangan, which led to relocating to Bangkok in 2009 to launch a new Grossi Restaurant project.

He then branched out to work under his own name, spending a decade in Thailand and opening some of the most progressive restaurants in Thai F&B culture.

Featured in many media publications for his work such as The New York Times, The Wall Street Journal, The Melbourne Age, Gourmet Traveller, The Bangkok Post, The Sydney Morning Herald, Esquire Magazine.  The San Pellegrino Asia’s Top 50 Restaurants named Jess as “new talent to look out for.” 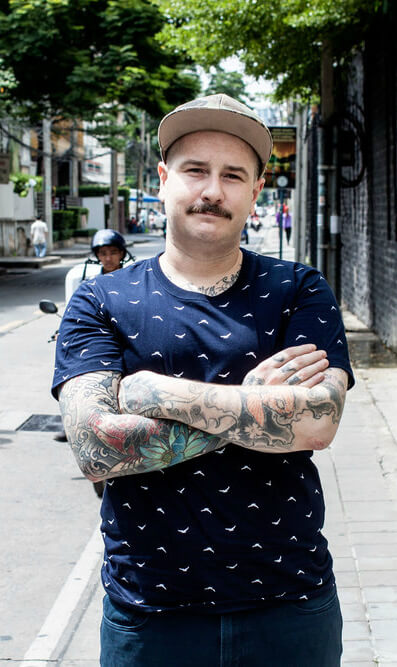