Out with the Old and in with the New ….Venue

It, therefore, seemed fitting that Stewart Kohinga performed at the opening of Anthea’s latest venue (Jimmy Hornet) in Zhongshan, China in September 2016. 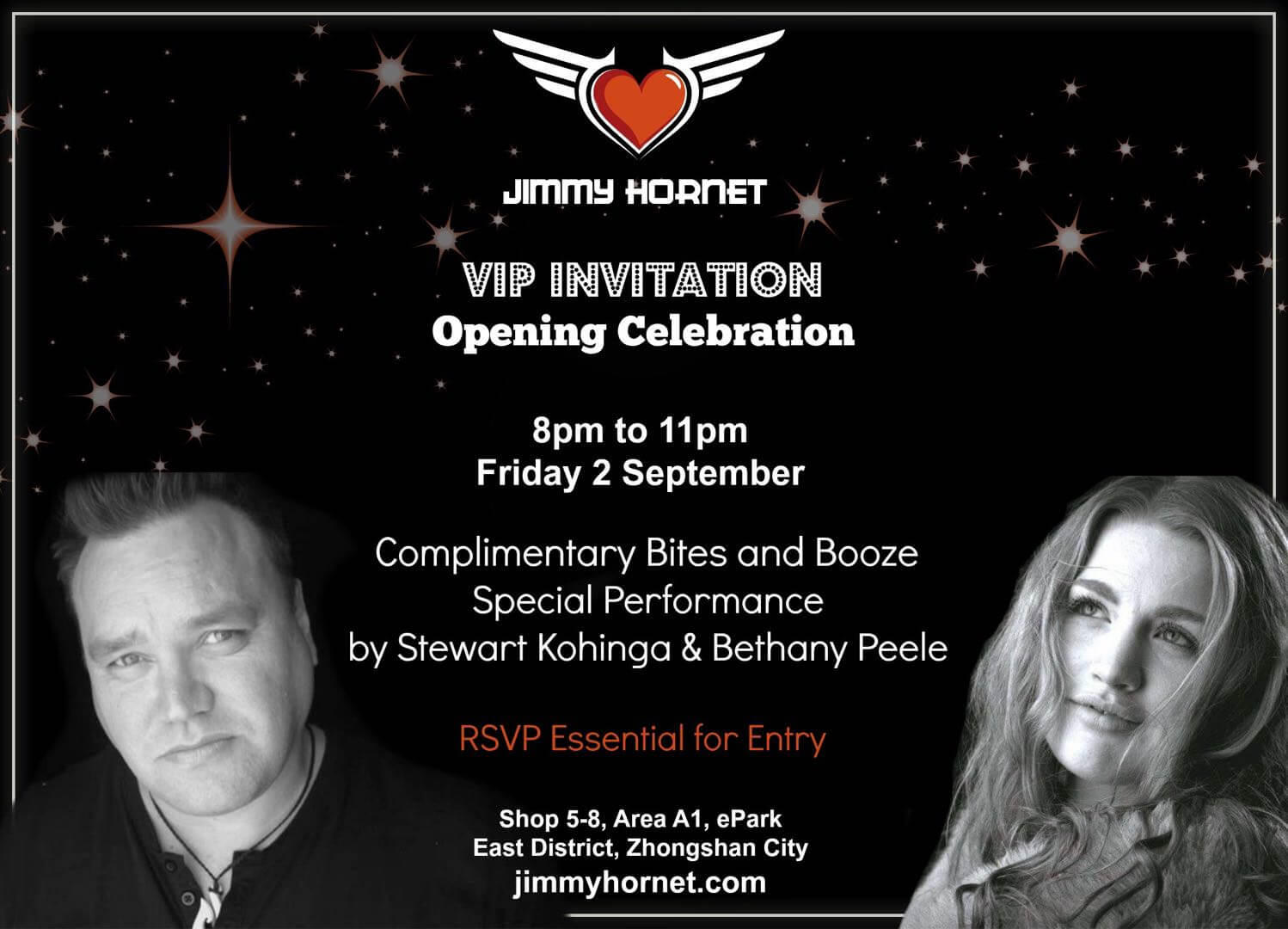 The other venues and unaffected by Police intervention and the tour continued without further incident. 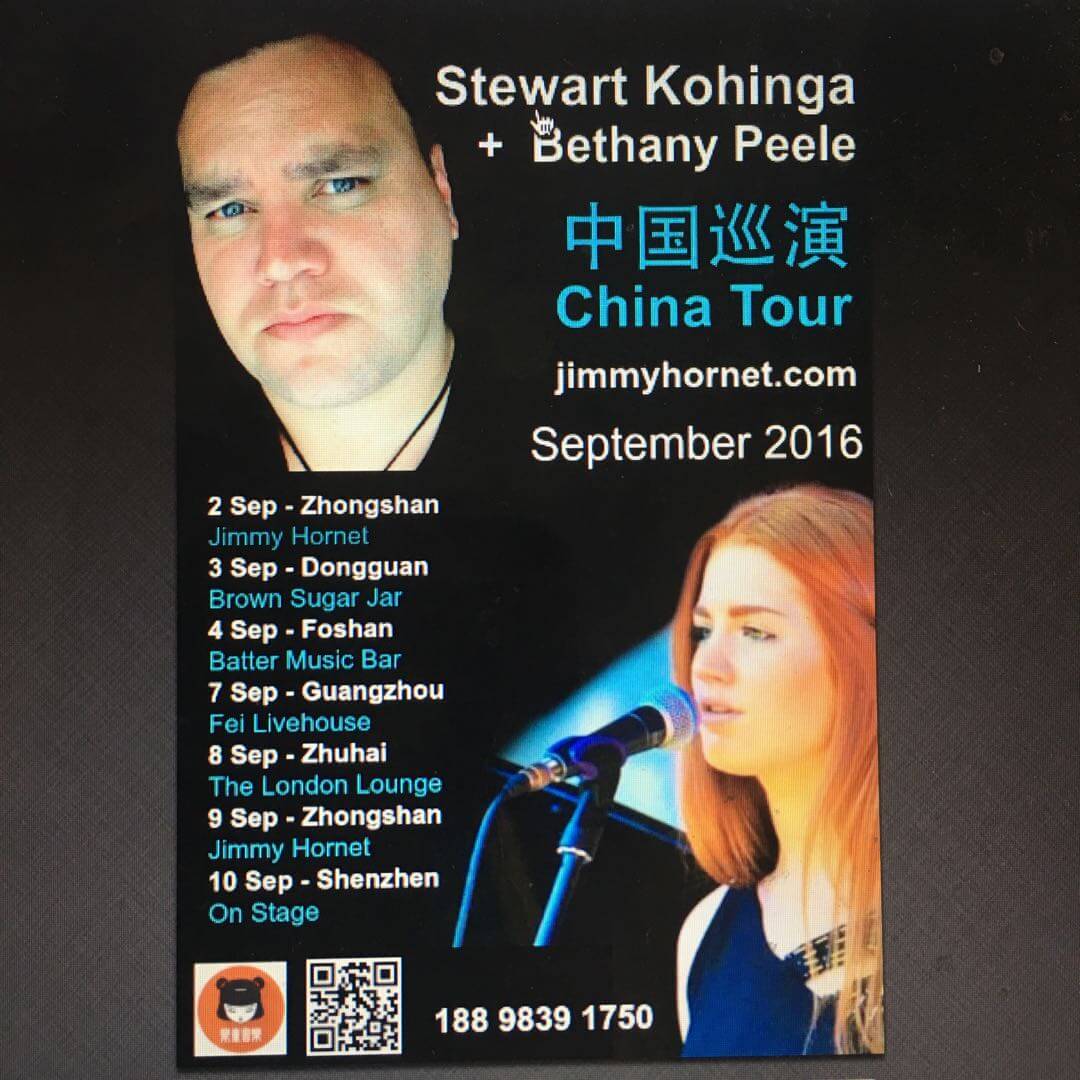