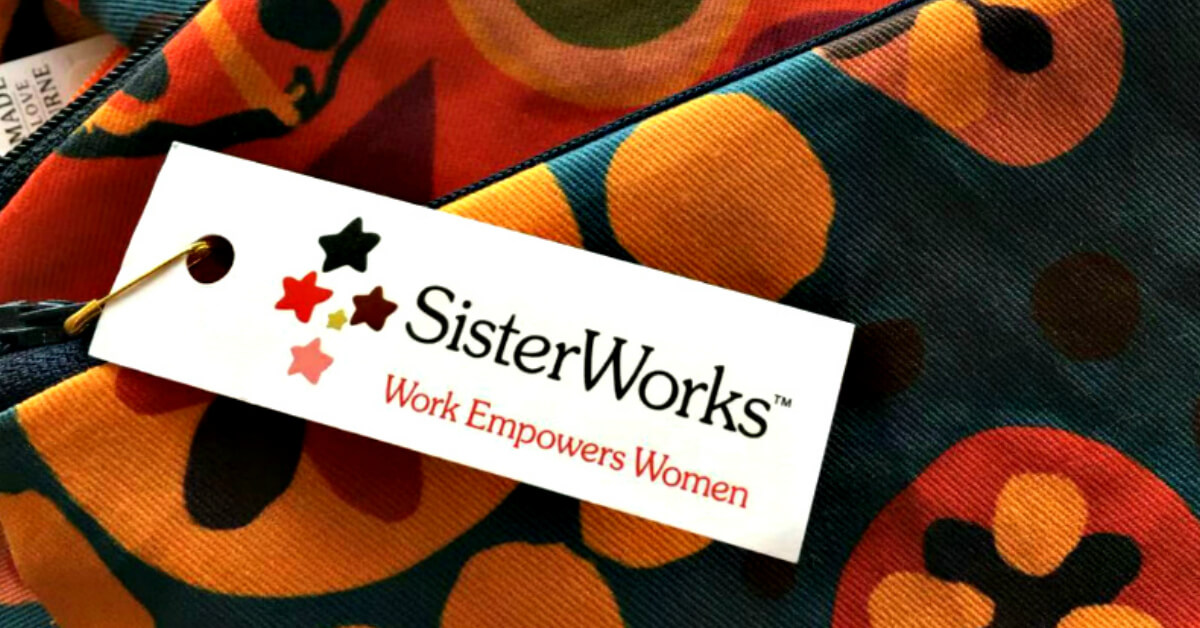 Living in Richmond, Melbourne, I often find myself strolling down Swan Street, each time thinking I really must investigate the shop with Work Empowers Women signage on the window. The time has come!

As is my new practice, I’m sharing my SisterWorks research and interview notes with you. 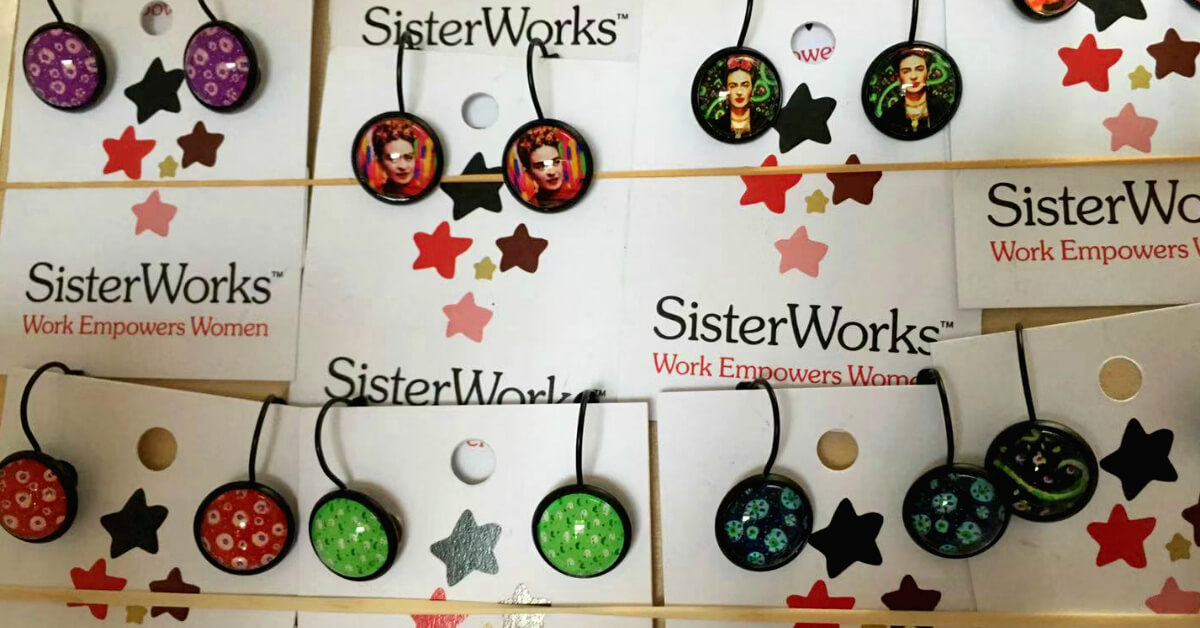 I discovered that behind SisterWorks is a remarkable woman. Luz Restrepo arrived in Australia in 2010 seeking political asylum. Luz was 45 years old, a medical doctor and communication expert. She did not speak English, felt isolated, frightened and disempowered.

Uniting with a group of 25 other women who were in a similar situation, Luz began to make and sell handcrafts in Melbourne. Understanding the difference that working and earning money makes to personal development, Luz set out to develop the wonderful Work Empowers Women program.

SisterWorks Inc is a not-for-profit social enterprise. It was formalised in May 2013 when a committee of volunteers joined Luz with legal, fund-raising, marketing, and administrative skills.

There is much excitement about relocation to Bridge Road, Richmond, and the organisation is currently raising funds to renovate and furnish.

Having visited the Swan Street shop, cozy though it is, I can see the need for additional space. The front section displays the retail items for sale. A wide range of goods handmade in accordance with the “work empowers women” ethos. Retail items include toys, jewellery, clothing and accessories, homewares and preserved foods.

The rear of the space is set up and used frequently for workshops. One such workshop was running whilst I browsed the retail shelves. Fabulous energy and love was emanating from the group, and I was sorry not to be involved.

To the rear of the shop is a child-friendly space that provides a supportive environment to empower women. SisterWorks brings women together to learn, experience, share, support and grow through face to face and safe digital platform education.

Their Empowerment Hub has Four Pillars supported by an integrated program of social, design and business mentors:

How has founder Luz Restrepo inspired or influenced you as an employee?

Luz Restrepo has inspired the work ethic of all involved in SisterWorks through her model of ‘learning by doing’. When she was recently migrated into Australia, she grew a community of women around her in which they all shared and taught each other craft skills. Through this support network they started selling the products they made in markets. This is where the idea for SisterWorks was born.

This is the manner in which we all work at SisterWorks. We lean on and support each other through the goals and achievements that need to be fulfilled. Each team is interconnected and always learning from each other.

What are the biggest hurdles or challenges Sisterworks currently faces?

The biggest need that SisterWorks has is maintaining constant engagement from partners, donors and the wider community. Having broad networks and connections are essential to maintain sales of our products and developing the entrepreneurial skills of the women we support. These relationships are also crucial for our wider goal of expanding SisterWorks all around Victoria and interstate. This is to the best interest of our migrant, refugee and asylum seeker sisters, so instead of them coming to us, we can come to them.

Of the vacant volunteer roles, which are most critical to fill?

All of our volunteer positions are important for the functioning of SisterWorks as the teams are interconnected. When a volunteer begins a position, they are able to change and rotate around depending on their interests, passions and skills base. We have positions that cater to a diverse range of skills including our retail team that works in our store, engagement team that rosters our skills development workshops for the sisters and communicates with them about their personal needs, marketing team, donors team and volunteering to support our skill development workshops whether that is supervising or teaching creative skills like knitting, sewing and crochet.

What impact do you think “creativity” has on your clients, or can you make some comment on the relevance of creativity in your role or department?

Creativity is important across the board in our organisation. It is needed in the production of the items we sell. Our products inspire clients and customers in their fashionable design and the ethical and sustainable way that they are made. We value creativity and arts as we hone these skills in the women we support to bolster and develop these talents into sellable products with which they can launch their entrepreneurial careers. Creativity is also needed in our marketing and donors team to engage with our networks, communicating the essence of SisterWorks while sustaining their interest in our organisation.

For more posts on places of interest, visit our PLACES category.

Faves from the Affordable Art Fair