Join us for Live Jazz by Mark Morand (guitar) and the fabulous Susy Blue on vocals.

Mark Morand is an Australian composer and musician, inspired by the “Great American Songbook” – songs written from the 1920s to the 1950s for Broadway, Hollywood, and musical theatre that subsequently became jazz “standards”.

Divinely vintage vocals, Susy’s love of 60’s pop, early rock n roll, nouveau-folk, and everything in between shines through.

From a history steeped in the study of classical flute and dabbling in gypsy jazz, tango, chorros, bossa nova, mixed with an affection for old school country and folk, to a long lasting love for singer songwriters such as Joanna Newsom, Bjork and Fiona Apple.

Your $20 ticket books a comfy seat somewhere in the Lounge from 7:30 pm to closing. 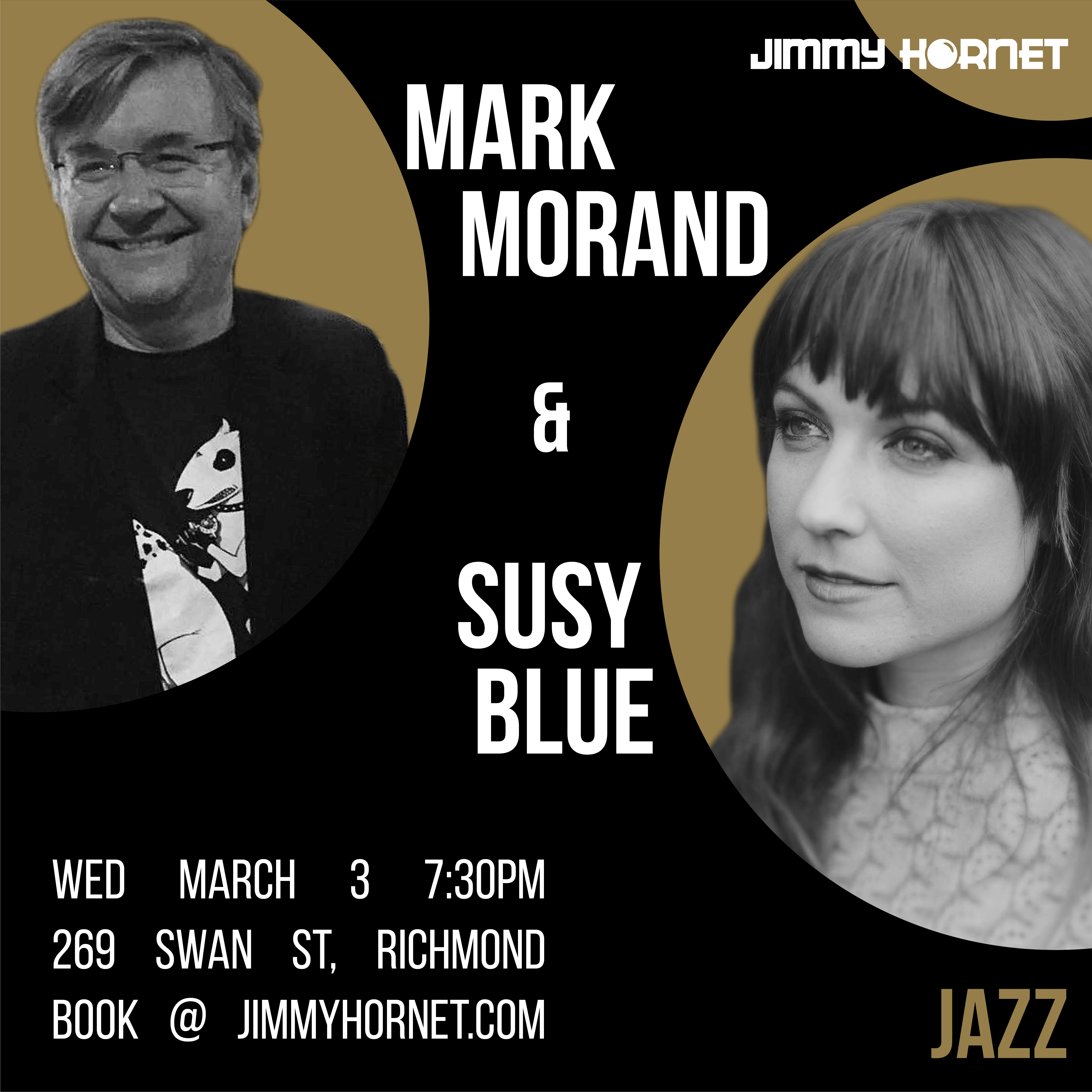